← Two Delightful Bollywood Gems
Am I Addicted to Jack Reacher? →

Traveling to India? Change is in the Air 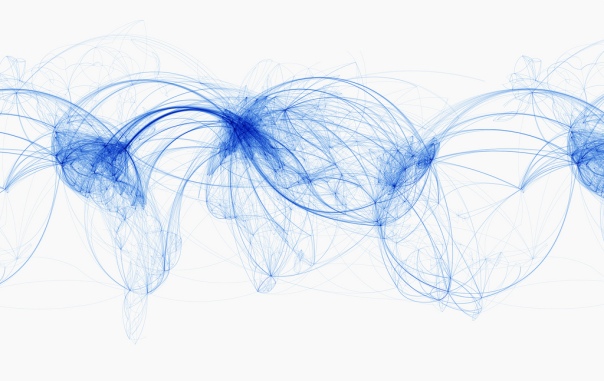 There was a time, years ago, when I thought that like just about anything else in the world, travel to India from the US and back, would get faster, easier, cheaper some time during my lifetime.

Hope for the ‘faster’ bit died with the Concorde. Supersonic jets are apparently not economical enough to be a business. Any dreams of traveling to India in 8 hours vanished. 😦

With increased demand for travel creating more competition and (perhaps) more innovations in air travel, I thought travel would at least become more cost-effective for travelers. But that did not really happen [although that is likely to change now].

That brings us to ‘easier’, as in easier access, more routes, better service. Perhaps, there’s still some hope in this arena, based on what I’ve been reading.

As of a couple of months ago, Delta and American Airlines both ceased their flight operations to India (Mumbai and Delhi respectively) because they were not profitable. The last U.S. one standing is United Airlines, but that appears to just be a matter of time. I will tell you why, in a moment.  That’s really too bad since it’s the only non-stop flight to India (Newark to Mumbai) giving passengers the shortest door-to-door flying experience from the US and back.

Meanwhile, at least three European carriers – British Airways, Air France, Lufthansa – labor on in their ancient aircraft, moving passengers from US to India and back through their European hubs with less than stellar service. These routes continue despite their losses. A bit like Europe itself. If they could react quickly to economics, these routes wouldn’t be around now either.

This raises an important question – why are there no profits on these routes?

Given this basis, how come these airlines can’t turn a profit on these well-traveled routes and are either resorting to shutting down or continuing with their struggling finances?

I tried to find out more. I have a selfish interest in this topic since I’m on these routes virtually every three months.

Turns out that the answer is not that complicated. It’s actually very simple in this global capitalistic market: Competition.

The air travel of the world is being taken over by four “super-connector” airlines, all of them using the location of their hub as a key competitive advantage. Three of these four airlines are from the Gulf.

These four airlines: Emirates, Etihad, Qatar and Turkish want to become your only choice in travel – wherever in the world you plan to go.  Their strategy is not merely to serve their home countries but to utilize their prime central locations in order to serve the world. 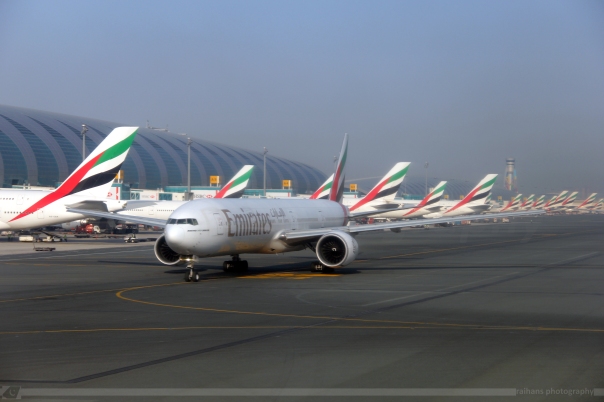 These four airlines have all grown at an increasingly health pace as they siphon off business from virtually all regions of the world – North America, Europe, Asia, Middle-East and Africa (so far). After a start as a small state owned firm, Emirates is by far the largest airline in the region today and the others are on a more than just healthy growth trajectory.

What’s working in their favor?

After conquering routes across Asia, Europe and Africa, why wouldn’t they want to go for that bastion called North America? They have already been serving the major North American metros  – New York, Los Angeles, Washington DC, Houston and Dallas.

Watch out now as they add more locations, and more flight options from cities such as Orlando, Miami, Boston and my favorite, Atlanta.

No wonder, it’s so hard for American airlines – and all the others – to compete.

Guess what these trounced airlines are doing about it?  You would think they would come up with a better strategy to compete. But, nooooooo. They’re strategy is to complain.  They are busy lobbying the U.S. government to retract/restrict the “open skies” agreement claiming that these Gulf airlines have an unfair advantage due to state subsidies. Not sure that will get them much.

As for those of us who travel so much, we need to get used to traveling these four airlines in the future.

I’m not complaining. Why would I?

Getting from Point A to Point B – especially when one point is in the US and the other in India – just might be getting better after all.

If you would like more information on this topic, you should read some of my information sources:

Emirates, Etihad and Qatar Make Their Move on the U.S. – The Wall Street Journal

and these articles from The Economist

Flying in the face of convention

Posted on June 4, 2015, in india, travel, United States and tagged dominance of gulf airlines, traveling from US to India; new super-connector airlines in the world. Bookmark the permalink. Leave a comment.

← Two Delightful Bollywood Gems
Am I Addicted to Jack Reacher? →