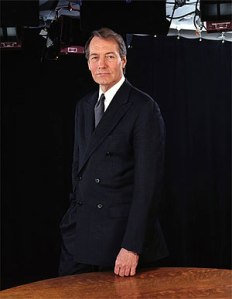 Charlie Rose is a wonderful journalist – probing and immensely curious in the well-thought out questions he asks his subjects.

So, I watched with interest all 52+ minutes of his recent (May 2012) interview of one my modern-age heros, Bill Gates.

That sounds like a long time. And it is. Think of this mad, frantic, busy, busy world that you and I live in. Spending an hour just to watch an interview? It better be good!

it was time extremely well-spent, if I do say so myself.

First, the questions matter. Charlie Rose is not shy about asking some tough and many insightful ones. He makes the whole interview fly by.

Second, this is recent and therefore timely. You are not watching an interview from 3 years ago where so much is outdated and old news. This interview is from a mere couple of months ago.

Last but certainly not least – Bill Gates. This is a man whose personal knowledge database is expansive on a bunch of worldly topics. In addition to that, he has such credibility that even his opinions are to be savored and contemplated. What more can one say about Bill Gates that has not been said before?

In any case, what else could I have been doing during this time? It was after working hours, so I could have been watching the idiot box, gone to the movies (with a highly optimistic 25% hit rate of selecting something that would entertain or educate), read a book (definitely a higher hit rate here, but hey, I’ve picked some losers in my time)…so yes, for me, this was truly worth it!

With two high-IQ, highly credible individuals who are so darned interesting, I knew that I had a winner on my hands and I was not disappointed. Not even a bit.

Even more interesting, quite a bit of the focus of the interview was on India. It is incredible how much Bill Gates understands about this country, and how knowledgeable he is about the present conditions, the opportunities and challenges at work here.

He also spends a lot of time answering Rose’s questions about the similarities and differences between China and India.

You can catch the complete interview here. You will, won’t you? You must! 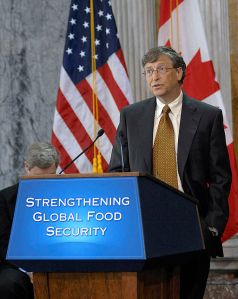 Yes, I know your time is very valuable, so to help you decide, here are some high points, paraphrased from Bill Gates’ answers and captured from the interview (with my notes in italics below) –

Switching subjects to software and Microsoft (at ~32:00 mins), and his personal goals and objectives (this is really, really interesting too!), he spoke about:

And finally, the (awesome!) goals that he would like to achieve in life, such as:

These are mere teasers. There’s much more that he said on these topics, all of it remarkably interesting, especially when they come in the form of opinions from someone like him.

You can catch the complete interview here.  I hope you do!

Is Bill Gates better than Batman? But, of course.

Check out this infograph!

A quick thanks to Jason (Frugal Dad), the creative brain behind this brilliant work, for sending it to me so I could include it on my blog.  Did he know what an awestruck admirer I am of this philanthropist?

Just scroll down to see the difference one man has made to the lives of so many!  Simply mind blowing.  Here’s to yet another well-deserved salute to my hero.  Bill Gates. WOW!