Just when I thought it cannot get better, I find out something new that is fascinating. Trust me, if anyone told me that as an US expat in India, specifically Mumbai, I would be writing about some backward northeastern state – not once, not twice, but three times in the span of a few months, I would have said you were crazy. Bihar is not exciting. I have only been there the one time, and while that visit was a fun-filled one, it did not give me any illusions about the state.

Frankly, for me to write about it at all, you better believe that it is because of something extraordinary or innovative or unusual or amazing.  That’s why, I hope you read on about what I consider Bihar’s “wins”.

Win #1: From Loot to Schools

Over the weekend, the government of Bihar seized the mansion of a government IAS officer who is accused of corruption. This has been happening in the state whenever an official’s assets are disproportionate with respect to his sources of income (as I had written earlier). Yesterday’s paper talked about this house (worth some $1.25 million) being illegally acquired through bribes; the plans are to now turn this into a school.  Bold move!  And what a statement-making one to all the others who might be thinking of taking a bribe.  It says:

1.  Don’t fool yourself, this government is very serious

2.  If you take a bribe, you will pay for it dearly

3. Not just monetarily, but in full view of the public

Setting an example can’t get more sharp and resounding than that!  It is expected that this would be the start of Bihar’s Chief Minister fulfilling his promise of converting illegal properties into much-needed schools in the State. Simply brilliant.

On August 15th of this year – Independence Day for India, the government of Bihar introduced a new act – the Right to Public Services (RTPS) Act. Implemented both online as well as manual (where online is not available yet), a citizen can expect mandated services in a timely manner.

Yes, I know this would be a standard expectation from any government. But this is India, and that has never been the case. To get anything, you have to run around the block a few times, then grease some palms, and then maybe you will receive what was your due all this time – after a long wait.

The ultimate stated objective of the State: Transform governance within Bihar

The objectives of RTPS: Be transparent; deliver essential services to people efficiently.

Services – anything from getting a ration card to registering a property deed, would have to be provided in a stipulated time. For example, say getting a ration card will take 10 days (this is just an example, but specifics such as this are provided to the public). It is the responsibility of the named official to provide this service within that 10 day time period. In case this does not happen, the citizen can appeal to two different named levels both for correction and to issue penalties to the officer.

In the initial phase, RTPS covers some 50 services to citizens from 10 different departments. Just during the first two days after activation, there were some 40,000 applications received across Bihar. Within five days, as of August 20th, the number of applications swelled to 280,000! This clearly showed the pent-up demand and expectation of people. An idea whose time has obviously arrived!

RTPS – the why and how – was yet another superb brainchild of Chief Minister Extraordinaire Nitish Kumar. Since June, he has been promoting it widely through a series of advertisements across the state. Even better, check out this facebook page for Right to Public Services!  The main website is here.

Undoubtedly, there will be some pain during the initial execution, but what a great move by the state government.

Could this state known for its sluggishness in the past, turn out to be a model for others across India? Indeed, it could! 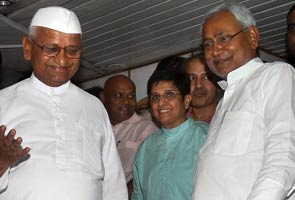 Last month, Chief Minister Nitish Kumar stated that RTPS was another way to curb rampant corruption at the State level.

He then asked the Anna Hazare team to help draft a Lokayukta (State level ombudsman being proposed as part of Jan Lokpal) for Bihar that covers the Chief Minister as part of its scope.

I am full of admiration for this leader! All I can say is that India could use a few (!) more Chief Ministers and political leaders like Nitish Kumar. Indeed, that is what voters and political parties alike should aspire for!

Credentials for the job:

Map of India: By Created by user:Maverick.Mohit.Maverick.Mohit at en.wikipedia [GFDL (www.gnu.org/copyleft/fdl.html) or CC-BY-SA-3.0 (www.creativecommons.org/licenses/by-sa/3.0)], from Wikimedia Commons 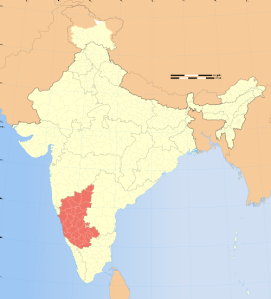 What happened to Karnataka?

I have ties that go way back in Bangalore and Karnataka.  Way back, when visitors would delight in the beauty of this Southern capital city, its perfect moderate climate, expansive greens and gardens, the well laid out infrastructure and the peace and quiet.

Bangalore is being described as a dystopia. That means exactly what it sounds like, an “anti-utopia” or as far removed from utopia as you can get.  And the state of Karnataka is characterized as one of, if not, the most corrupt state in the nation. Unbelievable! How could it go from that extreme to this one?  What happened to being the rising star of India? The Silicon Valley, home of Infosys and a whole range of multi-national technology brands? 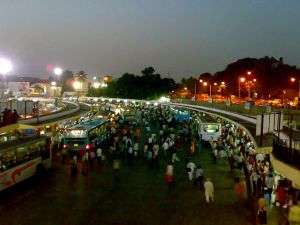 It exploded. It went out of control. And it became utterly corrupt. So sad to see!  And so sad for the people who live there to have to live through this devolution. Yes, like dystopia, this is the opposite of evolution.  One meaning of this word is “descent or degeneration to a lower or worse state”. What an appropriate meaning yet sad state of affairs for Karnataka.

How could a city and state that showed such promise and potential descend into these depths? That is the shame of the state, and if this happened to a one-time rising star of the country, the shame is shared by the entire nation. We want and need to see transformations that go in the opposite direction! [See why Bihar is worth celebrating in this respect. Yes, I said Bihar.] 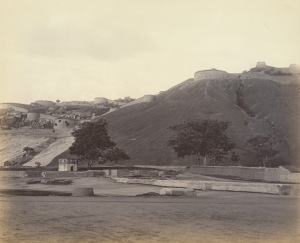 As I read the newspapers sitting here in Mumbai, the headlines this week are all about Karnataka and the current chief minister, commonly referred to as Yeddy. He has been asked to step down and leave by the party for illegal activities and corruption. So by the time this post is published, he should have departed.  But not until after robbing the state bare – it’s treasury and the environment.

Bellary is the location in the state which has been ravaged for it’s iron ore in the mining scandal, leaving the earth and environment massively damaged. Indicted in the special report are the Reddy brothers who I first read about in the NY Times, of all places. Three brothers who have helped loot the state and the environment, not to mention becoming political power brokers (and giving all Reddys a bad name, to boot!) with two of the three continuing on as Ministers of the state!

And then, here’s the ‘funny’ part, there’s no shame or remorse exhibited by the people who have committed these transgressions. The independent investigation that was conducted alleges that $4 billion was looted from the state over a few years. None of the politicians are denying it.  Instead they are pointing to the previous government and saying, “they did it, why shouldn’t we?”.  Sick.

What is Politics After All?

Politics is simply a business in India today. Except it’s even better than successful private industry. It is a business where you can thrive and prosper in power, and where your return on investment is sky high. And one where the moral guide of the typical Indian politician is at an all time low.  I hate to contemplate that it can perhaps sink to even lower depths.

And that’s the sad other side of the story of India Rising.

And Now for The Light At The End of The Tunnel

As we look at this situation in dismay, thankfully it’s not all darkness. The fact that there was an independent and thorough investigation conducted – against all odds – by Santhosh Hegde, heading up Karnataka’s Lokayukta, an anti-corruption ombudsman in the states. The fact that such a body even exists!  These are things to cheer about. The fact that his report actually brought down the Chief Minister is indeed a victory for all citizens of India.

If Karnataka, no if India, is to turn itself around, then this kind of close oversight (with the right leadership!) is indeed what is critically needed for the country to really shine and move forward (Lokpal anyone?).

Across the nation, from the capital down to the states and cities and smaller government bodies, corruption needs to be viewed by citizens as simply unacceptable.  I know.; we have a long way to go. Imagine if politicians served the citizens as they were elected to do, and we elected only those whose mission was to serve. It’s easier said than done. And it will undoubtedly be a slow, lengthy and complicated process spanning many years, but hasn’t everyone had enough already of the alternative? When is enough really enough?

Until that time, India Rising and India Shining are but hollow fairy tales we can keep telling ourselves and others. They may fool us all for awhile, but alas, not for very long.