Here then is my third installment of entertainers and truly outstanding productions from Bollywood.  Strictly speaking, these are not all Bollywood films but they are by Indian directors, wherever in the world they may be. Some of these films go back in time. But, I am convinced that in spite of that, they have survived the dating well and continue to be relevant, thought-provoking or simply entertaining. I think that it is because one has to search through a lot of chaff to find the true treasures, that I tend to appreciate them even more.

And here are some more movie recommendations for your discerning tastes –

I end with this trailor for the Blue Umbrella.  Enjoy!

Here then is my second installment of entertainers, and even some gems, from Bollywood in the categories that I had created.

(As expected, I’ve merged my previous #2 and #3 into the second category below). 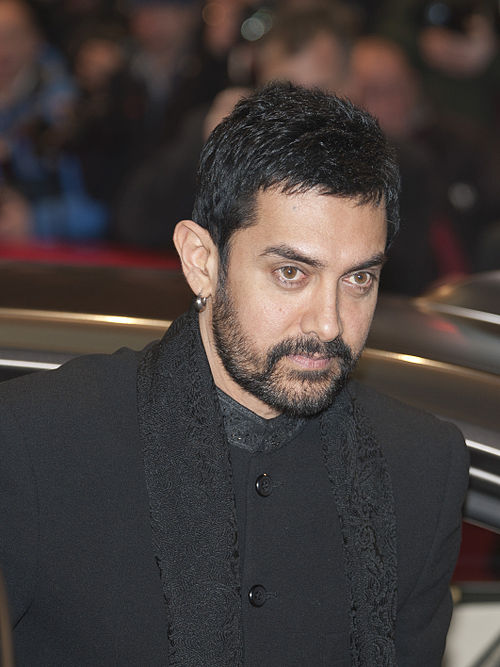 Aamir Khan at Berlin Film Festival 2011 (Why not, with so many of his films listed here?)

:
Photo: By Siebbi (cropped version of ipernity.com) [CC-BY-3.0 (www.creativecommons.org/licenses/by/3.0)], via Wikimedia Commons
:
:
Notes on the categories:
:
1. Unadulterated Bollywood Entertainment –  typifies this genre with music, song, dance, romance, emotion, action, color…and is pure entertainment (park your brain to the side and simply enjoy) that is well done.
:

2. Innovative (maybe even Groundbreaking) or Art House – a first or near-first for Bollywood or an art film -which is typically a serious, independently made movie for a niche rather than mass audience.