It’s time for my next visit back home.  The last time I was here, it was early spring. Since then, I’ve missed some violent storms – tornadoes that destroyed property and lives being the worst. But now it’s summer. Hot and still sprinkled with storms (of a less scary kind this time) – thunderstorms. The fresh green of spring has evolved into the bright, dark and rich healthy green of summer that is broken up by the colorful hues of wild flowers everywhere.

Early this morning, I did not wake up to the sounds of car horns honking, sputtering autorickshaws or the namaaz/chants of the nearby mosque/temple blaring. Instead, it was  just a natural wakefulness to the sounds of silence. As a replacement for the city that never sleeps, I woke up in a sleepy and peaceful southern US city. Vive la difference!

On my long journey back here, for some reason, I found myself reflecting back to the first time I ever entered these US shores many, many, many years ago and how different my feelings were then.

Now, I was simply returning home – to my own very comfortable environs.

Then, I was entering unknown territory, as perplexed and scared as anyone who found themselves in a strange country would be. As strange as anything, and as different from my native India as a place could be. I was all alone, about to join my newly acquired husband (poor guy!), another stranger,  in a land of peculiar and different people.

What was I doing here? Unbelievably young and totally confused, completely unsure of where my future was headed. When I think back to those days and who I was then, here are some of the descriptors that come to mind (without any exaggeration, mind you): Naive, sheltered, unprepared, gauche, raw, green, ingenuous, and possibly the most apt descriptor of all, clueless. When I look at today’s 16 and 17 year-old kids, they seem so much more sophisticated, mature and worldly-wise than I felt then. Why is that?

The date indelibly stamped on my brain (Oct 13), what I experienced then were such powerful feelings and emotions that I have never forgotten them.  Not even in all these intervening years while so much was going on, and as I grew up and made my new home, family, profession, new friendships, life.

How the years have simply flown by! After living in the US for some time, how easily I adjusted to the busy, new life I was making for myself! To the point where somewhere along the way, this became home, and India became my old, forgotten reality that was interspersed with relatively short visits to see my family. 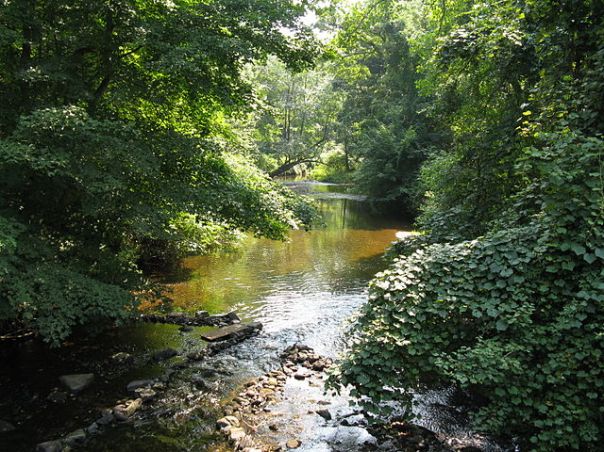 Frankly, I never ever even considered that there would be a time when I would return to India to make yet another new life.

Today, after a few months of doing so however, I consider the recent change as a platform for new opportunities and fresh experiences. Where before, staying in one place and especially in the US, might have been construed by me as secure and stable, I find that this latest experience in India is actually giving me a good balance. It is giving me new ways of looking at life ahead since the world is transforming so fast  – key among the countries undergoing transformation (in dissimilar ways) being the US and India.

Surprisingly, I also find that change can actually be quite exhilarating at this point in my life. Surprising, because I’ve always heard it said that as you grow older (and presumably wiser), you actually tend to resist change. Perhaps it’s because the stability that I need is not disappearing anywhere, since I know that I can always come back home whenever I wish to.

Plus, my closest family and friends span the world and are spread out in many cities and states in these two countries – New York, Bangalore, Manipal, Las Vegas, Los Angeles, Boston, Connecticut, Hyderabad, Alabama, Atlanta, New Jersey, Mumbai and so on. It’s a fact that globalization is making the world smaller with the internet allowing us to always be closely connected to people – wherever they may live.

Perhaps that is why such a dramatic change in geography is so much less daunting that it would’ve been, even a decade ago. I can Gchat and FB and Skype and email (but not quite tweet) with the best of them, while not missing a beat. Yes, I think that is why my recent life change is so much easier to deal with.  The many means for effortless communication that exist today do make a difference.

But, of course, nothing, not even virtual reality, can surpass the physical reality of being in a place. (Yet).

So, I will relish and make the most of this short visit, using it to get back in touch with everyone and everything that I miss from here – until it’s time to return (in less than a week – yikes!). Knowing that I will be back for my next break in the U.S. in a couple of months makes it so much easier on the spirit!

Interestingly, I am doing the same while in India, i.e. relishing the time that I spend there. And appreciating the yin and yang of it all…

Here’s what I really feel.  There’s something to be said about an attitude where you can reap the benefits and the best of both worlds, as they say. But for that to happen, I’ve found that this really needs to be more than an overused cliche. It needs to mean something to you. When you start feeling and appreciating the good things in each dimension, then, and only then will 2+2 add up to me so much more than 4. And, this makes it all worth it.

Posted in Back in US, expat, india, United States, US

Meanwhile, back at home…

It’s insanity!  There are two active wars raging on (not counting whatever it is called that is happening in Libya!), a badly damaged economy that sees only weak signs of recovery, killer storms striking the South and other parts of the country, a budget that needs to be addressed…and guess what a top story of the last few days was?

Folks, I am working very hard in India and missing some of you (not the birthers!).  Please, could you get busy and get back to work?   Get that country back in shape, if you please.

And, Donald, buddy, you can help by going back to work and doing your part to create new jobs for the U.S.  Please forget about creating a new job for yourself.  We really don’t want you there.  You really think you can compare yourself to this man?   Dream on, buddy.

And, just for the fun of it, here is a marked-up version of the birth certificate that the White House released this week. Yes, they had to publicly release Obama’s birth certificate!  Madness!!!

Update on May 2nd: Watch President Obama (Comedian-in-Chief for the night) skewer the Donald at the White House Correspondents’ Dinner on April 30, as Donald watched and fumed.  Seth Meyers (SNL) followed and he was even better!

Posted in Back in US