← The Invisible Drivers of Mumbai
Ferrari Enters to Navigate the Potholes →

Until a a couple of years ago, Bihar was just Bihar…one more state in the North and a backsliding one at that. I paid little attention to it. Until, that is, I happened to visit Patna and the surroundings with good friends during the Diwali festival of 2008. Since then, I pay a bit more attention to interesting things that may be happening there.

Given that, even I did not realize the extent of the transformation that has occurred in Bihar until I read about it recently in Forbes.  It is incredible and worthy of celebration that such a massive about-turn is in fact even possible. It gives one hope.

It also takes at least one, good leader.  The man of the hour in this case is Nitish Kumar, who is currently on his second term as Chief Minister of Bihar.

Ancient Bihar, known as Pataliputra (modern day Patna), was the center of power, learning, and culture in India for 1000 years (see sidebar below about Nalanda University).  Also in Bihar is Bodh Gaya, famously known for being the place where the Gautama Buddha attained Enlightenment.  As serene a place as I’ve ever seen and filled with Buddhists from all over the world.

In spite of this awe inspiring history and glorious past, in more recent times,  the state of Bihar was unfortunately recognized for all the wrong things, such as lack of progress and progressiveness. I dare say it had become more like the dregs of the country. As an example, from 2000 to 2005, Bihar was known as the most corrupt state in India and economic progress lagged behind the rest of the country in a major way, as babus ruled and looted the state treasuries. A tragic state indeed!

In November 2010, after one full term as Chief Minister, Nitish Kumar swept the Assembly elections. Now he is an icon of Bihari pride and a most unlikely, i.e., honest, Bihari politician (remember Lalu?). His is known to be low key not a man full of rhetoric and in a state known for its unchanging backward traditions and caste-ism, he speaks the progressive language of development, law and order.  By making crime fighting a priority, he locked up a record 55,000 criminals during his first term using fast-track courts, making the state virtually crime-free.  He also focused on new and improved government services and infrastructure for the citizens.

During his second term now, he has his eyes on ending corruption, and he is doing so by being bold and innovative. He has made it mandatory for all government servants to declare their assets. If any person’s assets are suspiciously over their means, their assets are seized and frozen by the government. If it is proven in court that the assets do rightfully belong to the official, the assets are returned with 5% interest. Otherwise, they become the property of the government. [A reported $25 million was withdrawn from local banks when this the new policy was introduced!].

This has sent chills down the spines of all the babus of Bihar for whom corruption had become the norm and hardly worth a second thought. Mr. Kumar is absolutely serious about ridding this state of corruption and the beginning of his journey points to an extremely successful result. In March, the asset details of close to 80,000 government officials were made public through the official website of the government. These included officers from the IAS, IPS, IFS and the state administration.  I checked this site and it’s all there. It starts with the Chief Minister and his Cabinet declaring their assets and then provides an easily searchable index (by department and by district) of all other government officials.

Trend-setting to say the least, and in the best possible way! I believe that Bihar is a shining example for other states (Warning: it will take one good leader). Who would have thought…Bihar!

So, as we fast forward to today, Bihar is a state worthy of being recognized and lauded for its transformation; in my humble opinion, it is a true model (one of few) of India Rising and India Shining – expressions that are sometimes used too loosely in this country.

I deliberately chose to use this painting of Patna during better days.  Which, if this trend continues, are sure to come again. How nice it is to be able to celebrate an unlikely underdog! 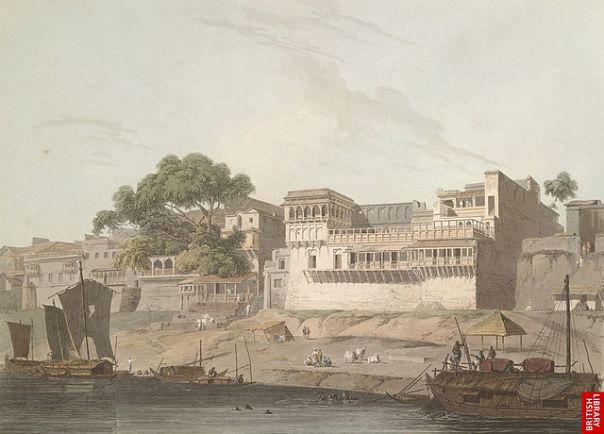 City of Patna, Bihar, On the River Ganges, 19th Century

Nalanda University, situated south-east of Patna is known as the seat of ancient learning. It thrived from 5th to 12th century.  The photograph below shows the ruins of the University. I had the good fortune to visit the site in 2008 and can honestly say that it is truly worth a visit.  It was a Buddhist center of learning and is known as one of the greatest and earliest Universities in recorded history.

In August 2010, the Rajya Sabha passed a bill to revive the University.  The revival is taking place under an international initiative by the East Asia Summit, a bloc of which India is a member, with the Ministry of External Affairs being actively involved in the $1billion project. Abdul Kalam, former President of India and Nitish Kumar were active in the initiation of India’s participation in the project. How timely to see another noteworthy revival occurring in this state!

The ruins of Nalanda University, Bihar

← The Invisible Drivers of Mumbai
Ferrari Enters to Navigate the Potholes →