Can India Transform its Brutal Tragedy Into Clear Progress?

Not long after I had left India, I was one of millions around the world who read the tragic news about the death of the gang rape victim from Delhi. 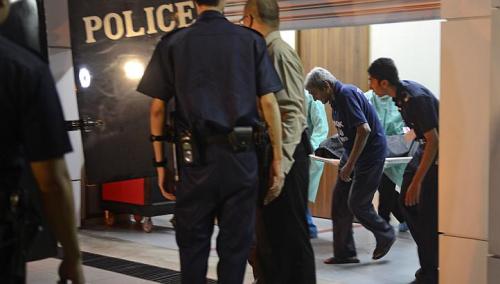 I am not generally an empathetic person in that it is only with some difficulty that I can place myself in someone else’s shoes to feel their pain and suffering. But in this case, the brutality of the crime that was described in the media made that pain seem up close and personal, even for me.

The only good thing I saw come of this tragic episode is that it shocked the nation and got its people up in arms about the callous way that my home country treats its female citizens. As an original citizen of India, it makes me feel shame and disgrace about the country’s treatment of over 50% of its humankind.

It’s past time that this emerging nation, this India that wants to rise and shine in the world so badly, enters a new era of progress.

Therefore, one can only hope that this girl did not suffer and die in vain – that the uprising by activists and people of India can turn this situation around.

It’s past time for the country to rise up and –

“If India wants to curtail future cases of rape, its citizens must first respect women at least as much as their cow population: holy figures that are free to roam the streets at their own will.”

Sharp criticism, but so true!

People of India, people of the world – don’t ever forget this gang rape victim!

Instead, speak-up, act-up, and help transform this shocking tragedy into a real change for the women of India.

Did you know that just this year, India was determined to be the WORST PLACE to be a woman because of high rates of infanticide, child marriage and slavery?  And that New Delhi has the highest number of sex crimes among any Indian city with a rape reported every 18 hours on average?  Did. You. Know?

Societal imbalances of this proportion will never help any nation to rise or shine, notwithstanding any economic progress it accomplishes.

The Prime Minister has spoken about this crime. Finally! He said in a statement – “The need of the hour is a dispassionate debate and inquiry into the critical changes that are required in societal attitudes.”

And he added – “I hope that the entire political class and civil society will set aside narrow sectional interests and agenda to help us all reach the end that we all desire – making India a demonstrably better and safer place for women to live in.”

Citizens of India – I hope you do not let him get away with mere words.

Don’t let the media frenzy, the protests and the anger welling up among people die down.

Don’t let go of your anger and horror.

Don’t let up on questioning the authorities.

Don’t give up demanding more rights for mankind and womankind from the policy makers.

Until significant changes are accomplished.

With the world as its witness, this country needs concrete and compelling actions to correct these gross acts of wrongdoing. Only then can it move forward and hope to shine and rise.

Nothing less will do!

“The best thermometer to the progress of a nation is its treatment of its women.”

Posted on January 6, 2013, in india, people, politics, quality of life and tagged can the politicians make progress for women a key objective, Delhi has a rape reported every 18 hours on average, gang rape victim from Delhi dies, India is the worst country for women, transforming rape tragedy into progress. Bookmark the permalink. 2 Comments.