← You can never have too many shoes. Or can you?
Heathrow Airport Welcomes “Paan Thook” →

A couple of weeks ago, two incidents juxtaposed themselves in the oddest ways, showcasing once again the major dichotomies that India the country deals with day after day after day.

Other countries deal with extremes too but somehow India seems to go for the jugular when it comes to dichotomy. Or maybe it’s just my focus on my native country that makes it appear more severe than it is? Nah.

The first instance was the selection of Indian-born executive Satya Nadella as the new CEO of Microsoft, arguably one of the top global technology companies of our lifetimes. He immediately went from one of many relatively unknown executives to one of the most prominent Indians in the US and the global corporate world. 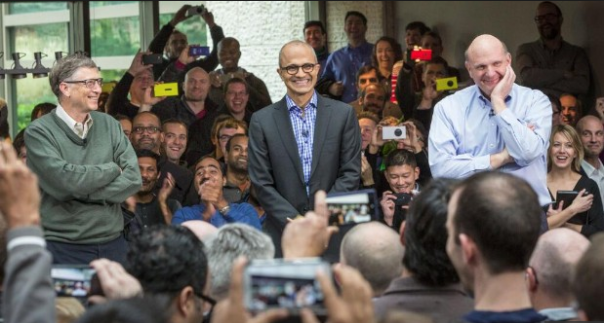 The second instance was the 3 member Indian team that went to the Winter Olympics in Sochi. Stripped of the Indian flag due to a charge of millions of dollars of corruption of an Indian Olympic Association(IOA) official and the subsequent suspension of the entire IOA, their presence was humbling indeed.

While Indian Olympic participation has never been stellar, this resulted in the humiliating experience of the Indian team not being able to represent their country with its flag! [This could have been avoided if they had taken steps to do what IOC required in redrafting its constitution and holding new elections before the games, but no…].

It may seem odd to pluck two totally unrelated items and try to relate them but one happening on the heels of the other, they struck me as especially paradoxical – more so than normal in that yin and yang country where happenings, perceptions and reactions seem to swing between the entire pendulum of extremes all the time. No half measures there!

Dichotomy, did I say? What an understatement.

Posted on February 16, 2014, in india and tagged India gets disgraced at Winter Olympics 2014, satya nadella is new CEO of Microsoft. Bookmark the permalink. Leave a comment.

← You can never have too many shoes. Or can you?
Heathrow Airport Welcomes “Paan Thook” →