← Bottoms Up! The Rising Popularity of Alcohol in ‘New’ India
Tata Nano Does Not Define Innovation →

The Top Ten of Everything

TIME magazine has invested a lot in creating a section called the Best & Worst Lists of Everything in 2011.  And, believe me, they’ve  got everything. They have fifty-four of these lists! That’s some investment! Some of their more ‘interesting’ lists?

How about the Top Ten People NOT Running for President? I bet if you reviewed this list, you would find the people on this list more President-worthy than the ones that are running for President. Another one is the Top Ten Ridiculously Obvious Study Findings. 🙂 Obvious for who (or is it whom?), one may ask. Or it may be interesting for you to read  Top Ten Business Blunders where one can learn from the ‘big’ folks about what not to do in business.

Here’s one of my favorite ones, The Top 10 Protest Signs. [Note – I have been through a tiny portion of what they have published…anymore than that and you’d better have a lot more time on your hands].

With all the usual end of year hullabullo on lists, I thought it would be kind of neat to have one of mine too. Something like, The Top Ten Yin and Yang Moments about Life in India. Oh yeah, since we are abandoning any idea of brevity here, let’s also add “in 2011″ to that heading…

I am curious  to see what these might be. I only know that these should be events or moments or people that stick out in my mind – either good, bad or ugly. Other than that, I have no preconceived idea whatsoever on what they are and am trying my best to be completely off-the-cuff.

So, here goes (I wrote these down as I thought of them so they are listed in the order that they occurred to me; format refinements, images and links added subsequently):

1. The Will and Integrity of One Man…Anna Hazare moves India. And how.

2. Incredible Corrupt India…this is a colossal scourge on the nation. Will it ever fade?

4. The Mumbai Energy. Add yet another terror attack on the city….bad, but mercifully not as bad. It was another sad reason for Mumbai to have to put on display its renowned resilience.

5. Discovering Yoga and Surya Namaskar in the country where they were first conceived. The benefits: Simply astounding!

6. The Amazing Mall Scene on Sunday. Any Sunday…the entire population is out shopping. I’ve never seen these kinds of crowds in any mall anywhere else!

7. Sibal and Chidambaram and the bungling of Anna’s arrest…are they for real? And how about The (Unheard) Scion, Rahul…amazing to think he is in line to inherit the crown. Anyone know what he thinks? About anything?

8. Discovering excellence unexpectedly, among so much political mediocrity and depravity…Nitish Kumar, CM of Bihar – take a bow. More of you are what this nation badly needs!

9. The Decline of Karnataka…what happened?!  Why do I pick on this one state? Because it was the shining star once, so recently. And I hold fond memories…of how it used to be. 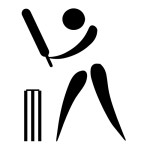 10. India’s Wild & Wholehearted Celebration of the Cricket World Championship – putting on show its national passion and obsession. Does it surprise you too that this was in 2011? Seems so long ago!

And so it goes…

All in all, it’s been an enlightening, enlivening experience to return to ‘new’ India for more than just a fleeting visit.

After years and years of living in the US, there are two competing emotions that prevail.One is that I truly miss that beautiful country – and my family and friends who live there. [Perhaps not surprisingly, the US seems even more wonderful from way back here]. The other is that I wouldn’t trade this experience in India for anything. It feels like the perfect time to be ‘visiting’ my transforming (but still imperfect) native land.

For me, the journey is absolutely the destination, and it continues still. At the end of the day and whichever way I cut it, all of it ultimately amounts to this for me: that I am just plain lucky to have this interlude with the yin and the yang. Hai na?

← Bottoms Up! The Rising Popularity of Alcohol in ‘New’ India
Tata Nano Does Not Define Innovation →