← How Yoga Changed My Life
Who will India’s next leader be? →

I actually wrote this post a few months ago when things were not so fine and dandy for Obama, thank you very much. 🙂

At that time, this post was titled “Nail-biting Anxiety about Obama-2012”.  It’s nice to be able to change this title to something more positive, that actually reflects the ground reality today.

It’s amazing how much the race has changed in just a matter of 2-3 months! Today, I read articles with titles such as “Why Obama is Winning” and “How Mitt stumbled” (and has he ever!). While cautiously optimistic, I am not ready to declare Obama the winner and neither should any of his supporters. There’s also that article that says “Romney RIP – Not So Fast“.

After the two conventions,  this is what the NY Times was saying, Sept 8: Conventions May Put Obama in Front-Runner’s Position and they were right. And this op-ed piece called “A Sugar High?” is one I got great joy out of reading. Positive for Obama but still…

The fact is anything can still happen in the remaining six weeks. Yes, it can! So, I just remain with crossed fingers, devouring everything I can read about the political scene at home.

The fact that things change so rapidly is reflected on what I wrote earlier:

The last trip home in early summer was everything I expected. And more. On a personal level, it was all been about catching up with friends, cherishing new times with family, relishing home time and generally feeling very good about life. In a nutshell, it was a great time to make fresh, new, joyful memories.

But going home in mid-2012 also brought to the forefront something that has got me very worried indeed: the Presidential election of 2012 that will be here sooner than we think. 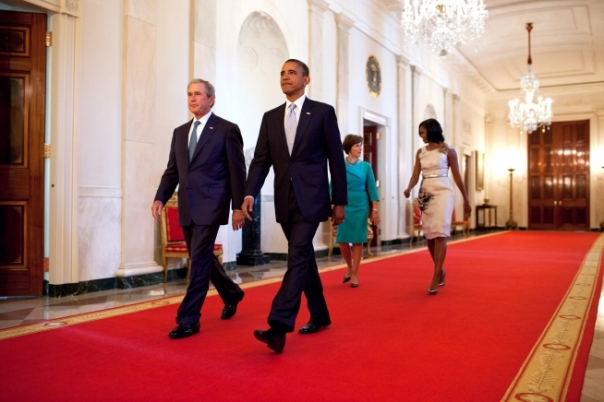 Given that I am from the South, it’s totally unsurprising that I am concerned about Obama getting a chance for a second term. None of the states in the deep South – Alabama, Georgia, Tennessee, Louisiana, Mississippi are even in the running for Obama. They are red, red, RED! So, the messages that I kept seeing and hearing in my friendly neighborhood were decidedly anti-Obama.

Interestingly, the majority of my Indian-American friends are either vociferously for Obama or are maintaining their silence – as if they feel like they cannot be vocal if in fact they are not for Obama (or maybe it’s just me that they’re silent with…now, there’s something unsurprising to think about). The pro-Obama desis are overwhelmingly in the majority and loud about it so I can’t name a single Patel, Rao, Sharma, Shah, Reddy, Singh, etc.… who claims to be backing Romney (yet).

Not so my American friends in the South. In this case, it’s quite the opposite – so hard for me to find anyone who is FOR Obama. 😦

These Americans are dear friends or respected colleagues of mine but many of them think that Obama is bad for the country – either he is a socialist (new myth), or fiscally irresponsible (wow…compared to W?) or they just have an innate dislike for him that they cannot or will not explain.  (At least not to me).

Of course, I am pretty passionate(!) about who I think needs to be President for the next four years. So perhaps I just make it difficult for people who don’t support my opinion to come clean with me. Yes, I can certainly see that happening. So, I tried to be prudent by avoiding talk of politics among these circles.  What’s the use? It’s not like I can get them to change their mind. And it’s not like their different political view changes my friendship or regard.

What’s also interesting to me is the fact that I have yet to run into anyone who has not already made up their mind. Where are all those large numbers of undecideds and independent/swing voters lurking anyway?  Not in the South! 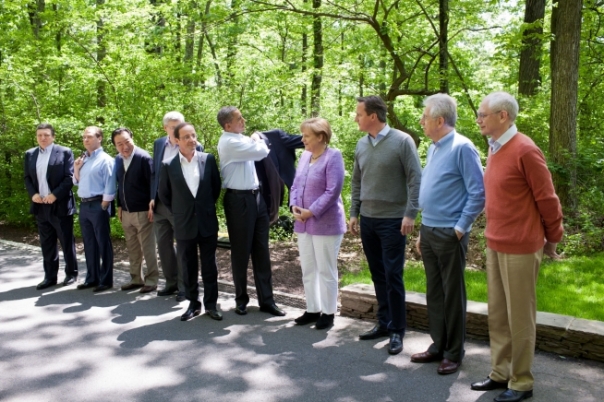 What is so unsettling to me is that something that I and many others think should be a slam dunk for Obama simply isn’t.

Mitt Romney, his supporters and Republicans in general will be out-spending Obama almost 2 to 1 during the months and days leading up to D-day. That’s scary. Because we all know that marketing campaigns and promotion – especially negative (vicious!) advertising works so well in America.

I was only in the country for a couple of weeks and in spite of the personal joy and satisfaction that I got from being at home, this worry simply won’t go away.

I expect to return to the US to stay put sooner or later and I cannot imagine returning to a country where Obama has been a one-term president. I just can’t!  😦

But hey, who ever said life was fair, right?  History has only one chance of getting written and whatever will be, will be. So, why waste time worrying?

Instead, best to simply celebrate all the things that Obama has done to make the country a better one for its people during his first term (while remembering the 2008 alternative: McCain/Palin). And be so glad that he had at least four years to do it. [Here is an impressive list of his achievements. And here’s another one]. As a BIG bonus, the Supreme Court (and Chief Justice John Roberts!) in a surprise ruling to everyone, upheld the affordable health care act that was a key accomplishment of the Obama administration.

Not that I’m giving up on 2012 or anything like that. Far from it! I’m just working on stifling that worry disease I seem to have on this topic.

The other thing for me to do is to turn that worry into something productive and useful – by doing whatever (little) is in my control that I can put to work to fight for his second term.  I also turn to things like this fabulous electoral map and cartogram to keep the hope alive (hey, so what if it’s from huffpost?).  There’s also an earlier less positive view from NY Times that’s worth looking at which allows you to see various scenarios that could unfold. Great graphs and charts, all in all!

So, as I sit here writing this, I am telling myself more than once – don’t worry, be happy. At the end of the day, what will be will be. And if (god forbid!) what we are handed to us is indeed a lemon, we’ve got to figure out a way to make lemonade from it. It’s what makes life (and politics) so…interesting.

President Barack Obama talks to kids during a stop at the Boys and Girls Clubs of Cleveland on Broadway Avenue in Cleveland, Ohio, June 14, 2012. (Official White House Photo by Pete Souza)

Posted on September 23, 2012, in Back in US, people, politics, United States, US, US President and tagged indian americans for obama in 2012, mitt romney outspending obama, obama for president 2012, u.s. politics and predictions for president, what are obama's chances in 2012, worry about obama's chances. Bookmark the permalink. 2 Comments.

← How Yoga Changed My Life
Who will India’s next leader be? →