← Badge of Honor?!
A Shameful Anniversary →

A Message of Hope from Bono

Back to one of my favorite topics – TED talks that inspire.

In the past, I have combined several such TED talks,  bundling them up in a post to hopefully inspire a few others as well, if not with all of them, then with some.

This time my focus is on just this one.  Because it’s worth it.

This is a recent TED talk by Bono, the rock star activist.  Or is that the activist rock star?

Doesn’t matter, because either way he brings a message of hope to the world.

It’s encapsulated in this 13 minute TED talk.  Take a watch.  Then, pause. Get inspired and get involved. What’s stopping you?

He made some profound statements about how we can change the world. I’ve had to go back and watch it more than once. What gives this talk such credibility is that these are not mere words. They are backed up by solid actions and facts.

Don’t forget to get involved!  Every voice matters.  Check out one.org to see how (and why) you can make a difference. 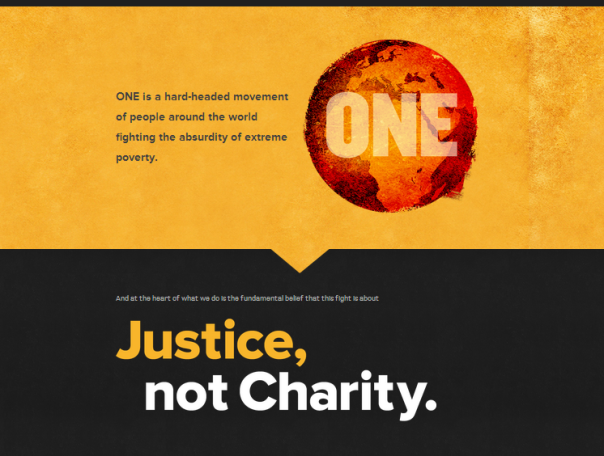 Posted on March 17, 2013, in Back in US, india, politics and tagged Bono, one.org, Reducing Extreme Poverty in the world, TED talk by Bono on poverty, the global fund. Bookmark the permalink. Leave a comment.

← Badge of Honor?!
A Shameful Anniversary →