With all the travel that is an integral and necessary part of my life these days, I am always saying hello and goodbye.

I am also constantly either leaving home or returning to it.

I know I’ve said it before, but there’s really nothing quite the same as coming home!

And the more I travel – whether for business or pleasure – the better it feels to come home. Of course, even home is coming to mean multiple locations now. But the “real one”, my long time base in small town USA, that’s where I feel best, where I feel safest and mentally at peace. Always have, always will.

Or at least that’s what I thought.

The last homecoming however threw me for a loop. It was not a pleasant one!

The time was just after 8 pm and even on a summer night, it was dark. 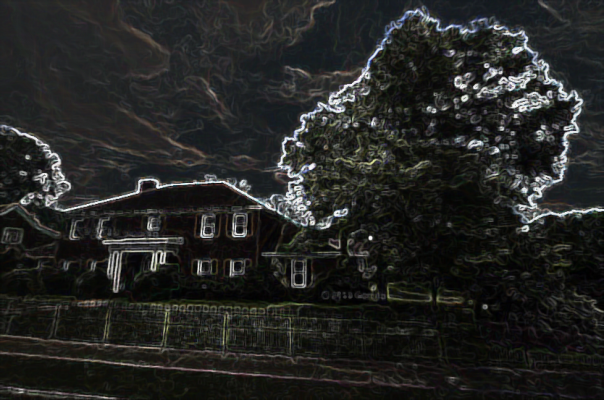 I came home from the airport, parked my car in the garage and took whatever bags I had with me, getting ready to unlock the door to my house from within the garage. As I was unlocking the door, I happened to look down.

What I saw was a solid wooden door that had cracked. It looked like someone had taken a lead foot and tried to kick it in.

I thought quickly, should I go in?  But the door was still locked and bolted. I thought that whoever tried to break-in did not succeed. [That was a stupid conclusion to draw even if it did turn out to be the correct one. At that particular moment, that’s what I thought, probably because my brain was partially disengaged…].

I went in slowly and carefully, turning on lights wherever I stepped.  Looking around, I did not see anything that had been disturbed in the laundry room.  From there to the kitchen and then on into the dining area and living room. Everything was undisturbed.  Upstairs, same thing.

I took a deep breath and talked myself out of feeling afraid. I was alone and only had myself to talk to.

After I had assured myself that no one had gotten in and that nothing had been disturbed  I some how, eventually, went to sleep.  After leaving on a whole bunch of lights in the house first, that is.

The next day as I was filing the police report, they told me in not so many words how reckless I had been by walking into the house like that. I should have called 911 and had them walk through to ensure that no one was in there.

Yes, I deserved every bit of that lecture!

I was too busy telling myself not to be afraid, that I missed what could have been a real danger to me. Fair warning!

Since this happened – just a few days ago – every time there’s a noise, even a small one, I get startled. I look outside often to see if anyone is around.  I watch. I wait.

This is all new to me; I’m finding that I’ve never done any of it before.  😦

The feeling that my home was a safe haven has been breached. I need to take my time and build it back up, there is no other alternative, is there?

I just feel so violated. And for such a little thing!  I mean, it’s not like I was attacked. I didn’t lose a limb, I wasn’t subjected to chemical weapons for heaven’s sake, nor was anything valuable taken from my home.

Yet, I can’t forgive the person who did this.  They may not have been able to take anything from my home, but whoever they are, they stole a very precious belonging from me. They stole my peace of mind.

Now, I’m working on getting it back. One way or the other, I will.

Posted on August 25, 2013, in Back in US, people, US and tagged Breaking in to your home, burglary, Losing safety and security, Losing your peace of mind. Bookmark the permalink. 2 Comments.