A couple of definitions are in order.

First, “paan” is a concoction made with betel leaf and areca nuts that is consumed quite heavily in India and surrounding countries. Like chewing tobacco, it appears to have addictive properties. Paan is often served after a meal as a palate cleanser but there are many who chew it throughout the day. 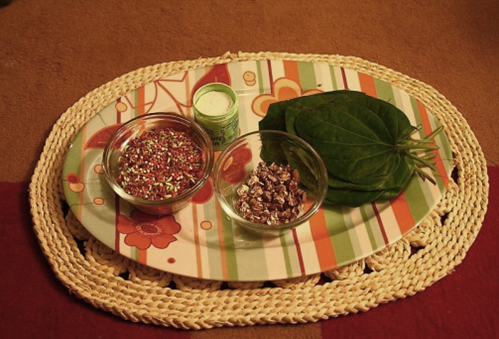 Second, “thook” is the Hindi word for “spit”. Yes, it’s as disgusting as it sounds. Just as you would spit out tobacco that has been chewed, so too the paan chewers spit out their paan after they are done. What’s more disgusting is that due to the resulting color of chewing paan, the combination of the two, i.e. “paan thook” is an ugly orange-red.

It is common to see people on streets in India spitting out their paan, usually aiming for a nearby wall or structure. If not, just right there on the sidewalk is quite alright with them. Yep, again, it’s as disgusting as it sounds.  Every now and then, you can spot signs like this one, which are virtually always ignored: 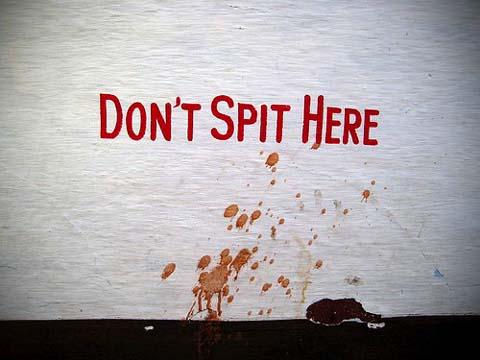 A feature article in the New York Times even talked about the menace that paan thook has become in one of the Indian-heavy neighborhoods in Queens, New York. Way to go, Indians, for spreading our “culture”!

So, given that prelude, here’s what I encountered on my recent trip to India.

First, my travel woes started with the winter storm that prevented any travel out of my usual hub of Atlanta, taking me North then East over the Atlantic into British territory for a quick stop, before getting to Mumbai on an airlines I had not traveled in over two decades – Air India.  I knew there were good reasons for not traveling Air India for many, many years but that’s a story for another day.

The midway stop between the US and India was Heathrow Airport in London.  Busy but well maintained except for a few rude Brits that I encountered, this stop, like Air India, was only a distant memory to me. Terminal 4 where Air India operates is an older terminal but looked like it had been upgraded recently. It was quite swanky actually.

Air India has its lounge in an area off by itself and secluded from other lounges. It has an elevator that appears reserved just for the guests of that lounge. I made my way over there for a couple of hours of rest before the remainder of my journey. There, they told me that I would be flying one of the new Dreamliners that Air India had recently acquired from Boeing.  Neat, I thought. This is not so bad after all.

There were hardly any other passengers in the lounge and when they announced boarding for my flight, I made my way out of the lounge to the elevator.  It is when I got inside and happened to glance down that, to my utter amazement, I saw one corner covered by, what else but “paan thook“. Amazement and dismay!

I wish I had taken a picture of this revolting sight  (just in case you don’t believe me) but my hands were full and my brain must have been otherwise occupied.  But if there’s any Indian in you, of course you believe me! Sadly, even Heathrow Airport is scarred now with this ugly mess. 😦

Tags: indians spitting paan wherever in the world they go, paan thook at heathrow airport

Take a fairly inexperienced global traveler born and bred in the Deep South of the USA and watch in hilarity his reactions during his inaugural visit to India. That’s just what I did on my recent business trip when I accompanied my team to Mumbai.

Lest we get too serene and complacent about the chaos that is India, folks like this are there to remind us just how strange and how much pandemonium there is in the country as it appears to visitors. 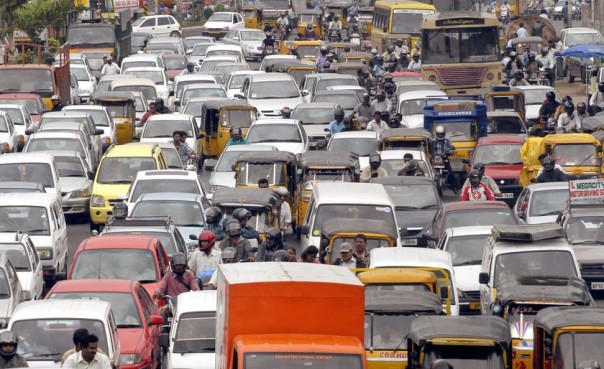 The most hilarious thing to watch is their reaction to the traffic. One day, we had to drive from one of the suburbs of Mumbai to the city center in the south. It’s not an easy or short drive for any of us.

But for him! The moans, exclamations and shifting in his seat as this newbie American traveler to India tried to control the vehicle from his passenger seat were priceless to watch.

It’s been a couple of weeks but wanna bet he’s still talking about his experience and how crazy it all was to everyone he meets? 🙂

For anyone who hasn’t had the great pleasure of this experience, here is a short one minute video, obviously taken by another neophyte visitor. It’s called Crazy Road Traffic Mumbai and there’s another one here.

Even if you’re a life long resident of Bombay, you have to admit – this is crazy! 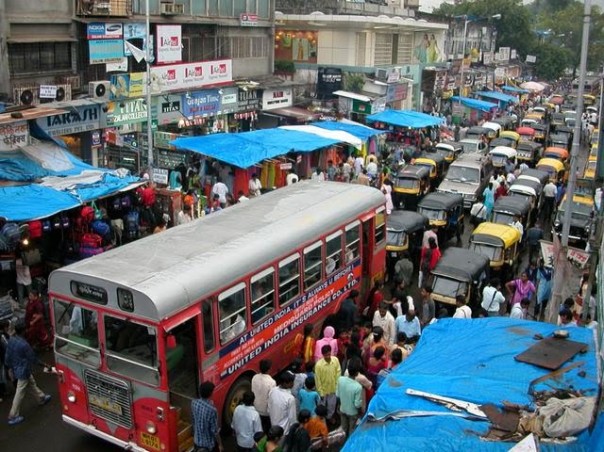 Tags: chaos on the roads in india, crazy traffic in mumbai, eye-opening first visit to india