India’s Independence, Corruption and a Reason for Hope

If you happen to be in India and have read the newspapers today and over the past few days, you know that things are heating up again regarding the pending Lokpal legislation and heading towards another showdown. The government is pushing to get the Lokpal bill tabled in Parliament before the session ends at the end of this month. But Anna is furious. He thinks it doesn’t have legs. So, on December 27th, Anna promises to go on another fast – this time it appears in this city of Mumbai.

He says, “This is not a strong Lokpal Bill. The CBI (Central Bureau of Investigation) is out of the ambit of the Lokpal. We will continue our fast plans and during the next general elections, I will tour the entire country.”

Arvind Kejriwal adds, “It is the biggest joke I’ve ever heard.”

Santosh Hegde also rejected the Government’s Lokpal Bill. Here is his viewpoint: “The Government version is totally unacceptable. What is the point in having a Lokpal like this? You cannot check corruption if Lokpal has no powers. No one is setting a deadline to Parliament. They only said they’ll pass it. If they can pass 17 Bills in 12 minutes they can pass this easily. The agitation will continue against corruption. Is FDI in retail more important than fighting against corruption?”

[Read below more about Kejriwal, Bedi and Hegde – key members of Team Anna]. 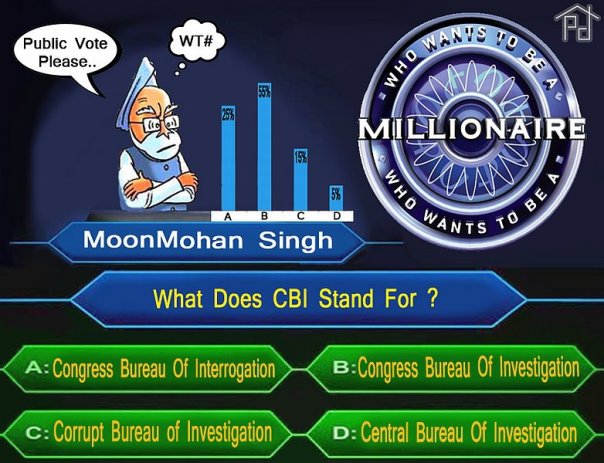 It really pays to remember what this country is fighting for, and who the key fighters are for this very public cause! So, I decided to re-publish this post which first appeared on India’s Independence Day this year.

Take it for what it is

First, you can take this for what it is – the views of an Indian-origin expat living in modern India after a long interval. After all, what can I know that the Indians who live here don’t already know and know well? But, this is less about knowledge and more about perspectives. And these are interesting times. So, since it’s a free country, here I go again, recording my perspectives and views… sometimes, delving deeper than I should.

In India, over the past few months, there has been a battle raging on the ground to halt pervasive corruption among the political class of India. Shameful scams, public scandals, impotent leaders and blatant fraud have been the colors painted on the canvas of India, robbing its people of essential services, growth and the ability to develop. I firmly believe that the anti-corruption cause and its outcome will truly determine the pace and extent to which this country’s awesome potential can be realized. It’s that crucial and essential a fight (it’s also quite sad that it needs to be a fight).

We have heard a lot about Anna Hazare – his leadership and his strong will towards this cause that has in turn galvanized the nation and is creating a groundswell movement in India. What has been especially uplifting to see is how this one 75 year old man has been able to energize the youth in the country (just go to fb and do a search for “anna hazare” and you will know what I mean).

But, it takes more than one leader, it takes a village. How much do you know about some of the other luminaries who are working with him to take this cause forward? “Luminary” is not so far from the truth. This handful of people have credibility that simply shines through; they are less about limelight for themselves, and more about fighting for causes that matter to the common man of India.

If there is one overriding reason why you should support Team Anna, it is precisely because of the people who make up the team, starting with Anna. Most of them are part of the Lokpal joint drafting committee  (that was anything but joint).

With them on your side, you and the country are in good hands. Let me tell you why, by telling you who.

All of them belong to civil society. What is that anyway? You can read the full definition on wikipedia but here’s the gist of it:

Civil Society is composed of voluntary social relationships for un-coerced collective action around shared interests, purposes and values. Or more simply, the arena, outside of the family, the state, and the market where people associate to advance common interests.

Now, here are some civil society members who are actively working to reduce and ultimately end corruption in India. And, as you can imagine, it’s not a simple fight. On the surface, this appears to be the duty of the government. But, how does a corrupt government do its duty to end corruption?  Therein lies the dilemma!

All five of the civil society members named below have, over time, received numerous national and international awards, recognition and commendations. They are tireless in fighting for their causes, all of which benefit the common man. They are admired for their accomplishments and respected for their efforts. They are truly national treasures of India and many in the country are just now coming to know them.

They are on your side.  Do you know much about them?  It’s not too late to find out. This post is not intended to give you their entire background. It’s more of an introduction (with links to more insight). It’s a taster to intrigue you to find out more – why they matter and why they need your support.

As I list them below, I want to also mention that I have deliberately not included Anna Hazare, as he was the subject of an entire previous post.  He’s such an obvious one on this list that if you already don’t know much about him, there may not be much point in reading any further. 😦

I have chosen to simply alphabetize this list; all of them are equally noteworthy. Suffice it to say that the people of this country are lucky to have them on their side!:

1. Arvind Kejriwal : “We are not ready to compromise with anyone till our demands are met. The deadlock continues. We are open for any dialogue but there is no invitation from the government yet”

He was instrumental in getting the Right to Information (RTI) Act passed in India as he strove to increase transparency in Government. He campaigned heavily along with others to gain this victory and RTI was eventually passed in 2001. Over the past months, he has taken a leadership role in anti-corruption and the proposed Jan Lokpal bill. Much admired and respected, Mr.Kejriwal is all about action to transform this country.

2. Kiran Bedi : “Lokpal Bill drafted by the government is like the Lokayukta; it is powerless”

She is India’s first and highest ranking woman police officer. She joined the Indian Police Service in 1972 and retired in 2007. She is renowned for her innovative yet effective approach to law enforcement, through which she achieved extraordinary success in tough environments.Since retiring from active police duty, Kiran has also become an international activist on crime prevention, drug abuse, police and prison reform, women’s issues, and human welfare. She founded and runs two nonprofit organizations: Navjyoti and the India Vision Foundation., which provide education, vocational training, and treatment for drug addiction to women and children living in India’s slums, rural areas, and prisons.

3. Prashant Bhushan :”The present version of the (Govt) Lokpal bill is useless as it will cause confusion and discourage the common man from complaining against corruption”

A lawyer by trade, he is well-versed in the judicial system of India. Outraged by corruption of judges, he has actively campaigned for causes related to ridding the judiciary of corruption. Some of the fights he has raged in his career –  the Doon Valley case, where limestone quarrying was hurting the environment, the Bhopal gas tragedy litigation, and the Narmada case as well. He was the Delhi President of the People’s Union for Civil Liberties, India’s oldest human rights organisation. He also wrote a book on the Rs 64-crore Bofors scandal of the late 1980s, involving payoffs in the supply of howitzers to the Indian government.

4. Santhosh Hegde :”I don’t find any reason why the PM should be left out and this proposal has been pending for the past six years or so. It’s no longer a contentious issue”

A true crusader against corruption, his current role as Karnataka’s Lokayukta demonstrates not just how dramatic the results can be, but also what persistence and boldness means.  A former Supreme Court Justice, Mr. Hegde has already played a large role in the fight against corruption and by working with Team Anna is taking the cause to the national scene. His integrity is without question and his bold actions are to be lauded. A report constituted by the Lokayukta uncovered major violations and systemic corruption in iron-ore mining in Bellary that ended up (so far) with the removal of Karnataka’s corrupt Chief Minister.

5. Shanthi Bhushan :“It was decided in the committee meeting that two versions of the lokpal bill will be sent to the cabinet. Let the cabinet see the two drafts and take a final call”

Prashant’s father 85 year old Shanti Bhushan was union minister for law in the Morarji Desai government (1977-79). They live in the same house in Noida. Both are outraged by the corruption among judges. But they also differ in many ways. He has been impressed by the achievements of the UPA Government in the past. The son on the other hand thought that the UPA Government was among the weakest that India has had.  The father is not anti-America. The son is strongly against the US and the Indo-US civilian nuclear agreement. Together, they are formidable public warriors, among India’s best. Mr. Shanti Bhushan then as the Law Minister had introduced Lokpal bill in 1977, but it could never see the light of the day, because of the collapse of the government. He is a member of the committee constituted in April 2011 for the Jan Lokpal Bill.

At the dawn of another anniversary of Independence for the Republic of India, it’s time for citizens to be thankful for freedom in this country. True, there are many disappointments in how the country has shaped up in the years since Independence, but aren’t there just as many reasons to celebrate successes and stimulate hope?

So, in 2011, what I see in India is this: Anna Hazare and this team of shining lights of India as one unified and great reason for hope. The least you can do is give them your support, in whichever way it manifests itself.